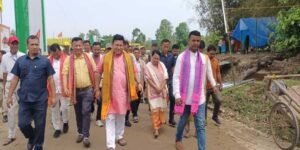 The festival is being organised by Bodoland Territorial Region Government and Tourism department of BTR that marking the celebration of Rongjali Bwisagu .

Boro said the Baokhungri festival aims at the promotion of tourism in the Bodoland Territorial Region (BTR). “Our focus is to bring communal harmony, promotion of tourism and development of rural economy”, he said adding that festival reflect tradition, culture, religion and faith, which are the most essential part of the society.

He added that peace is utmost requisite for the all-round development in the region and called upon all to maintain peace and communal harmony among all sections of society. Terming Baukhungri festival as an example of communal harmony, Boro hoped that the people of all communities irrespective of caste, creed and religion would enjoy the festival and provide opportunities to develop rural economy.

Boro said that the Baokhungri festival is regarded as as the biggest festival of Bodoland region with festivity fervour.

He said that the festival marks the celebration of Rongjali Bwisagu in the state.

” I am confident that such events will boost tourism industry of BTR region. Wishing the festival a grand success”, Boro added. 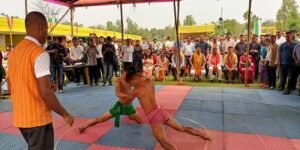 Three More Die Due to Mushroom Poisoning in Assam , Toll Rises to Seven