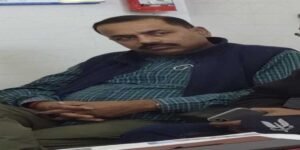 Police arrested the duo late last night from their respective quarters in Kokrajhar and remanded them this evening sent in jail custody for a thorough interrogation.

The arrested officers have been identified as Nilkanta Kalita and Sudip Deb, engineers of executive engineers office of the Agriculture department here .

The duo were allegedly involved in accepting bribe from tractor beneficiaries after a video went viral on the social media and accordingly police carried out investigations after a complaint was lodged against them from the concerned department .

BTR executive member for Agriculture department, Ghanashyam Das has ordered an enquiry against the incident and said that BTR government and state government I have been initiating strict steps against corruption in the region.

Neil Nongkynrih, Founder of Shillong Chamber Choir, Passes Away At 51