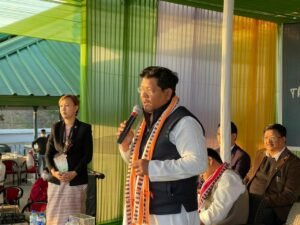 Speaking at the conclave, Conrad K. Sangma joined with the people of Manipur in their demand to repeal the Armed Forces Special Power Act which was the main  cause behind  killing innocent civilians  in Nagaland recently.

The Chief Minister also expressed his grief at the demise of General Bipin Rawat in a helicopter crash.

I stand together with our NPP family and in solidarity with our brothers from Nagaland to demand #AFSPA to be repealed from the entire North East. pic.twitter.com/63F4q0mSta