Shillong ( Meghalaya ), Oct 8 :The body of the missing mountaineer from Meghalaya Tiklu Jyrwa , has been recovered today, October 8.

The body of the Meghalaya climber Tiklu was identified by his brother-in-law and fellow climber, Wallambok Lyngdoh at around 10:30am.

Tiklu hailed from Upper Lumparing locality of the city and was one of three mountaineers from Meghalaya who had been selected earlier this year to attend a basic mountaineering course at the National Institute of Mountaineering and Allied Sports in Dirang, Arunachal Pradesh.

35-year-old Tiklu Jyrwa was from the team of Nehru Institute of Mountaineering (NIM) climbers who were caught in an avalanche on their way back from climbing Draupadi ka Danda 2 in Uttarkashi, Uttarakhand, on Tuesday.

Tiklu was a member of the Meghalaya Sport Climbing and Mountaineering Association and was sponsored by the Directorate of Sports and Youth Affairs for the advanced mountaineering course at the NIM. 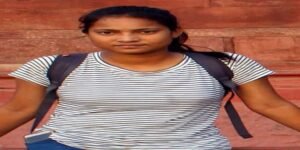 On the other hand, the body of Deepsikha Hazarika , a mountaineer from Assam was recovered.

She was a resident of Rajgarh in Guwahati.

The trainees were part of a 41-member team from the Uttarkashi-based Nehru Institute of Mountaineering (NIM) who were returning with their instructors after climbing the peak as part of their advanced training course on October 4 when they were hit by an avalanche.

According to NIM Principal Colonel Amit Bisht on Oct 4, ten bodies were discovered, four of which were retrieved.
Rescue activities that were called off following the bad weather will be resumed on Oct 5.

The group which left for the Uttarkashi for their climb on September 23 got trapped after the avalanche hit the team at 9 am on Tuesday at an altitude of 16,000 feet.

Deepsikha is the third mountaineer so far from Assam to have died in the Himalayas.

Meanwhile ,Meghalaya Chief Minister Conrad Sangma while condoling the tragic demise of Tiklu Jyrwa informed that they are in touch with the family and are facilitating the transportation of his mortal remains to Shillong.

Extremely sad to share that Mr. Tiklu Jyrwa, the mountaineer from Shillong who along with a team of mountaineers went missing after an avalanche hit them in Uttarakhand has passed away.

Meghalaya Trinamool Congress has also expressed its deepest condolence to the family of Tiklu Jyrwa, the mountaineer from Meghalaya. Meghalaya TMC expressed its condolence by tweeting, “We are deeply saddened by the passing of Tiklu Jyrwa. A brave mountaineer, he will be fondly remembered by us all. May his family and friends find strength and courage in this difficult time”.

“My heartfelt condolences to the family of our deceased mountaineer Tiklu Jyrwa. You will be remembered by the people of Meghalaya for your exemplary courage”, Meghalaya TMC State President Charles Pyngrope tweeted.

First lady of the State interacts with govt officials, entrepreneurs and self-help groups