Dacoit gunned down in police encounter 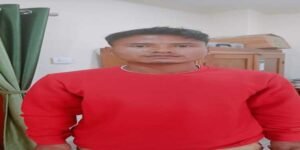 Kokrajhar(Assam),April 1: In an encounter between police in Kokrajhar district late last night one person who was allegedly involved with dacoity recently in Chirang district was gunned down .

The incident occurred at Ultapani forest area along the Indo-Bhutan border of Kokrajhar district.

According to police, based on an intelligence input, Kokrajhar police apprehended Sanjula Wary(26) of Kashiabari Dulagaon under Gossaigaon police station on Thursday, who was earlier a member of NLFB Udalguri camp and had formed an extremist gang of approx10-15 members and was personally involved in the recent dacoity and firing at Bithani village under Amteka of Chirang district along with his gang members.

As per information available , the operation was launched to retrieve the looted money and gold ornaments at about 12.30 AM on April 1 at Ultapani Reserve Forest led by the accused.

During the exchange of fire, the accused person was was shot at . He was immediately recaptured and was taken to Kokrajhar Rup Nath Brahma civil hospital where he was declared brought dead .

Police seized Rs. 100,000 in cash , suspected looted gold ornaments and a 7.65 mm pistol along with magazine fitted with four rounds of live ammunition from his possession. Police also seized four numbers of empty fired cases of 7.65 mm ammunitions from the spot.

SP Kokrajhar Vijay Prateek Thube said that the slain person was a former member of NLFB and was involved in dacoity cases recently in Chirang district.