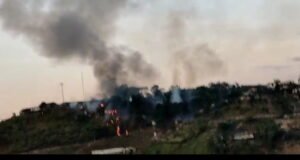 Dimapur (Nagaland), Dec 5: In an unprecedented incident which took place on December 4 evening, 14 civilians of Oting Village under Mon district in Nagaland have been reportedly killed by the security forces (Assam Rifles) after allegedly mistaking them for insurgents on the Tiru- Oting road near Oting village.

It is also reported that the number of death is likely to increase, as more people are still missing. Search operations are underway to trace out those missing persons.

A security force jawan also reportedly died in the incident. 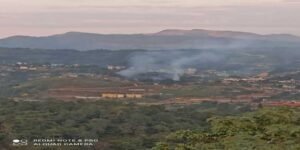 According to sources, the security forces reportedly open fired at civilians when they were returning back to Oting village from Lower Tiru Village in a pickup truck from the coal mine where they work.

The Konyak Union (KU) along with the district administration including Deputy Commissioner, Mon, and Superintendent of Police, Mon, reached the alleged ambush site at around 1 a.m. Sunday morning.

An official of the Konyak Union informed that the armed forces ambushed the vehicle carrying some labourers who were returning home to Oting village from a coal mine in Tiru area and killing six on the spot while seven others died later.

Another 12 are battling injuries while two are reportedly missing.

The labourers come home every Saturday from the coal mine to spend Sunday with their families and return to work on Monday and this has been a routine for a longtime.

It has been brought to the notice that evidence has been found against the security force.

The ENPO has asserted that the move was not against the State government but resentment towards the killings.
Army’ s 3 Corps on killing of 13 civillians in Mon district. 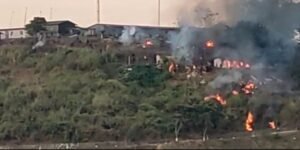 The army’s 3 Corps Headquarter at Dimapur on Sunday has issued a statement on Sunday.

The statement said that basing on credible intelligence of likely movement of insurgents, a specific operation was planned to be conducted in the area of Tiru, Mon district, and added that the incident and its aftermath are deeply regretted.

“The cause of the unfortunate loss of lives is being investigated at the highest level and appropriate action would be taken as per the course of law”, it said and added that a few soldiers were also severely injured and one soldier succumbed to his injuries.

Meanwhile ,Nagaland Chief Minister, Neiphiu Rio, has condemned the dastardly killings and has
committed to form a high level SIT to probe the incident.

“The unfortunate incident leading to killing of civilians is highly condemnable. Condolences to the bereaved families and speedy recovery of those injured. High Level SIT will investigate and justice delivered as per the law of the land”, Rio tweeted.

Advisor to Nagaland Chief Minister, Abu Metha, on Sunday tweeted that two minutes silence and prayer would be observed at Kisama, all the Morungs and all the locations of the Naga Heritage Village in remembrance and solidarity of the dead in Mon. The same would also be observed at all Hornbill events all over the State.

The NSCN/GPRN has vehemently condemned the barbaric act of the Indian armed forces who mercilessly gunned down innocent daily wage labourers returning home in Oting village under Longkhao area of Tizit sub-division in Mon district on 4th December, 2021.

MIP, NSCN/GPRN in press release stated that committing such atrocity on the innocent villagers at such a time when all are preparing for Christmas and also when the Naga issue with the government of India is on the helm of conclusion is unimaginable and which must be condemned by one and all.

“This is not the first of such incidents wherein innocent Naga public have suffered untold miseries in the hands of trigger-happy armed forces who often target poor innocent villagers to satisfy their beastly desires”, the release said.

Stating that for long, Nagas have borne the burnt of atrocities of security forces who come in theguise of friends but commit the most heinous acts on innocent public, NSCN/GPRN also said that Nagas demand justice and therefore, the Government of India and Government of Nagaland as well must not delay but initiate proper investigation and take appropriate action against those playing with the lives of innocent public.

The NSCN/GPRN also said it pays homage to those who have lost their lives for they would be honoured and remembered as “martyrs” and further conveyed heartfelt condolences to the members of bereaved families and prayed for speedy recovery for those who may have been injured.

Nationalist Democratic Progressive Party (NDPP) has expressed anguish and vehemently condemned the unprecedented and shocking incidents on December 4 where the jawans of the armed forces fired upon
a vehicle carrying daily wage labourers returning to their village, Oting, under Longkhao area of Tizitsub-division in Mon, killing and grievously injuring dozens of unarmed and innocent people with no reason or justifications.

NDPP Media and Communication Committee in a press release stated that at a time when the Indo-Naga issue was nearing a conclusion, such random and dastardly acts by the security forces was “unimaginable and unfathomable”.

It said when the entire State has remained peaceful, with a new hope of a permanent settlement to the Indo-Naga issue in the hearts of the people, it is most unfortunate that the armed forces whose very duty is to serve and protect, have instead caused terror, pain and anguish to the very people they are to protect and serve.
The NDPP has also appreciated the mature statement issued by the Eastern Naga People’s Organization (ENPO) and stands solidarity with them.

While appreciating the prompt action taken by the State government in setting up of a high level SIT and the assurance of the Chief Minister to deliver justice as per the laws of the land, the NDPP urged the government to ensure that true justice is delivered; leaving no stone unturned.

It also requested the State government to urgently take up the issue of repealing of the Armed Forces Special Powers Act (AFSPA) 1958 which is unnecessary and redundant in Nagaland’s present context with the Government of India.

The NDPP further appealed the State government to consider ex-gratia payments to the families of those deceased and the injured.

Meanwhile, NDPP has called upon all Nagas and well wishers to uphold the families of the deceased and those undergoing treatment in prayers and stand in solidarity with Konyak brothers and sisters.

The Rising People’s Party (RPP) has strongly condemned the insinuation of Indian media houses that the killings were “collateral damage”.

RPP while mourning with the rest of the Naga family, in a press release stated that when such a colossal tragedy has struck us, it is inappropriate to be celebrating and appealed to all the Naga people to shun/withdraw from the ongoing Hornbill Festival as a sign of respect to the departed souls.

Ao Students’ Conference (AKM) in showing solidarity with the Konyak brothers, has informed all itsmembers to abstain from participating in the ongoing hornbill festival with immediate effect till further notice.

AKM stated this in a press release issued jointly by its president, Nungdokyanger Ao, and general secretary, Nekmi Longkumer.

Lotha Hoho has condemned the genocide committed by the para-military forces of the Indian Army on December 4 at Oting, Mon, Nagaland, by “murdering” innocent Naga civilians.

The Hoho in a condemnation letter issued jointly by its chairman, Er. Mhondamo Ovung, and general secretary, S Abenthung Ngullie, stated that to express its strongest condemnation of the inhumane act of the Indian Army and in solidarity with the bereaved families of the victims, it shall close theLotha Heritage Chumpho (Morung) at Naga Heritage Village, Kisama, with immediate effect till further notice.

It also informed that the Lotha cultural troupes and all participating Lotha contingents would abstain from participation in the ongoing hornbill festival from December 6 till further notice.

Further, to show condemnation and solidarity within Wokha district of Nagaland, will be imposed onDecember 6 from 6 am and movement of any army personnel , convoy or patrol during the period would be taken as defiance of the Human Rights and atrocity.

All shops, colleges and schools within the district would each hoist a black flag at its frontage to show condemnation.

It further conveyed condolences and sympathy of the Lotha people to the victims and the bereaved families.
Expressing deep concern over the incident on December 4 at Oting area under Mon district, Nagaland, where several innocent lives were claimed during the blatant indiscriminate firing by the Indian para military forces on the civilians, Sumi Hoho has asked all Sumi individuals and groups to skip participating in the Hornbill Festival till further notice.

Sumi Hoho vice-president, S Zhevihe Sumi, in a press release stated that this was to show solidarity to the victim’s families, community and ENPO people.